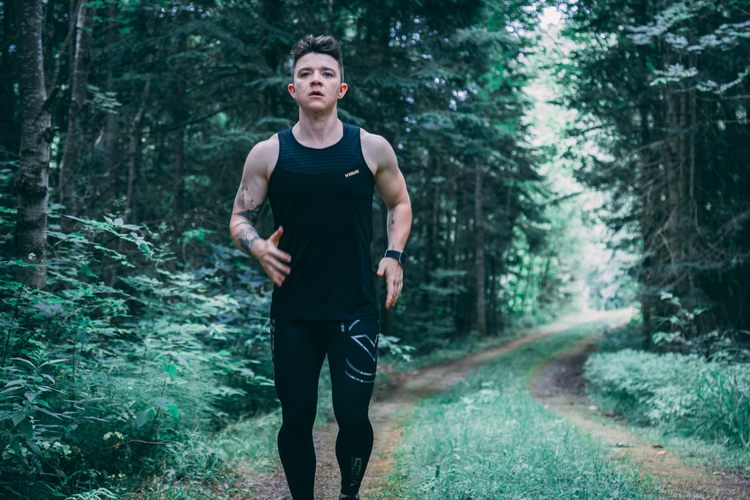 Dr Callum Forrest talks about his first experience with trail running and what lessons he is learning along the way whilst training for the Coastal Classic 30km.

Running has always been a part of my fitness routine but I have never classified myself as a runner. Once a week I would do a 5km around Centennial Park and on its completion I would be filled with joy, not because I achieved a personal best or have taken any enjoyment from the run itself, but instead joy from the knowledge that this would be the longest time before I would need to run again in 7 days.

However, taking enjoyment from running has always been something I had longed for. Every week during my 5km Centennial Park slog I would be overtaken effortlessly by runners who not only seemed to be enjoying themselves, but had barely broken into a sweat. So this year I decided to challenge myself, and with peer pressure from two friends, the three of us signed up to the Coastal Classic 30km trail run in the Royal Nation Park. The run is taking place on 1st September.

I naively assumed that training would surely consist of increasing my laps of Centennial Park but this couldn’t have been further from the truth. Having spoken with running physiotherapists, coaches and podiatrists, it seems that embarking on this event requires a complete change of training regime all together.

Here are the top 5 lessons I’ve learnt from the experts and from my training so far.

Running itself can be a reasonably high impact activity, but add an undulating surface, tree roots, wet ground and erratic hills, and trail running quickly turns into a recipe for injury. After venturing on my first trail run, which was only 3km, I was shocked at how much my legs, hips and ankles hurt for the next few days. The constant micro-corrections and stabilisation my ankles and knees needed to make, none of which is needed for flat pavement running, meant my joints felt like they had played a game of rugby. It was clear I needed to build strength and stability into the joints and not just rely on running as my main training method.

Below are three exercises I added into my training routine to help build stability and reduce the chance of injury:

Why? – Builds strength in the hip and knee stabilising muscles

Why? – Builds strength in the glute muscles and knee stabilisers. Essential for hill and off piste running

Trail running requires concentration to prevent a slip or twisted ankle as you navigate the terrain. It’s a mentally fatiguing activity. I used to love listening to music when pavement running, however when starting trail run training I would advise ditching the music and keep your focus on your next step.

With long distance trail running it’s inevitable that you’ll encounter a hill or two, but it doesn’t mean you need to aggressively attack it and leave yourself out of steam at the top. Take the hills slowly and walk if you need to. There will be plenty of flat and downhill parts to recover and make up time.

I recently picked the brains of one of Sydney’s best running podiatrists, Phil De Meste from Running Science, and asked about the need for trail specific running shoes. His advice is if the majority of your running training per week is on trails then investing in a specialised pair of trail shoes can save you injury and money. Trail shoes have tougher material and rubber to deal with the uneven and sometimes rugged terrain. Normal running shoes can easily become torn and shredded after only a few runs, so to save yourself tearing through a few pairs it may be worth investing in trail running shoes.

I normally get an adjustment from one of the chiropractic team at the Rozelle clinic every 4 weeks but I have found that I have needed to be seen fortnightly whilst training for this event. The demands on our frame during trail running are huge and small imbalances in the hips, pelvis or spine can quickly magnify to episodes of pain and injury if not identified and treated early. So whether you prefer a chiropractor, physiotherapist or osteopath, make sure to get a check-up throughout your training to keep injury free.

Since embarking on this training my attitude to running has changed. Do I effortlessly glide around Centennial Park like those who far too often would lap me? Certainly not, but I am enjoying every run and genuinely look forward to the next one. Do I classify myself as a runner now? Probably best to ask me after the event.

Dr Callum Forrest is a chiropractor from our Rozelle and Newtown clinics and has a special interest in treating athletes and sports injuries. If you have any questions about trail running or getting treated to assist with your sporting performance, contact Dr Callum on 02 9810 8769.

Dr Callum Forrest gained his Chiropractic qualification from the world renown AECC University in the UK. After practicing for 2 years in the UK he moved to Sydney with his wife to practice in a country that has a strong reputation for multi-disciplinary health care. Callum has worked with top flight Soccer and Rugby players as well as amateur athletes. His approach is evidence based, patient centred and pragmatic looking for the underlying biomechanical issues with every client. This has allowed him to build strong relationships with local GP’s and health care providers.