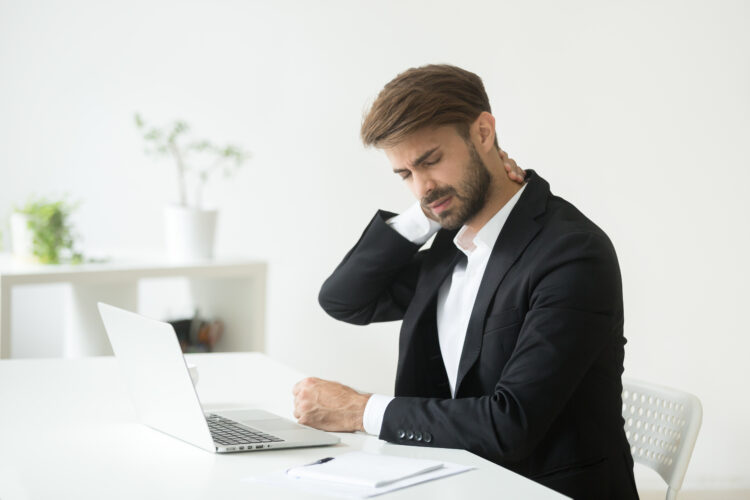 When we think of injuries, we tend to imagine broken bones, big open wounds and all sorts of nasty gore. The reality is that a lot of injuries do not happen in a single incident like a car crash or football tackle. Whilst many injuries do happen due to trauma, a large proportion occur as a result of repetitive strain, also known as RSI (Repetitive Strain Injury).

So what could be classified as Repetitive Strain? It can be as simple as sitting in poor posture for long periods at a time, or performing the same movement pattern multiple times throughout the day.

There are many examples of activities prone to developing repetitive strain, ranging from desk/ office work, playing the piano, writing, gaming, lifting and much more. These are all cases in which the postural pattern and/or ongoing repeated motion may lead to an RSI.

Boris A 52 year old factory worker who operates machines every day for 33 years and seemingly out of nowhere develops back problems. He finds this confusing as he does not recall a specific incident preceding the onset of his pain, but the reality is that the incident preceding the pain was in fact the years of repetitive micro-trauma, which has built up tension in his back over time until symptoms finally emerged.

Mary An 18 year old HSC student studying for her exams. She spends a few hours each afternoon sitting at her desk, writing notes in a book, before taking a break to play a video game and sometimes to play the piano. It would not be unlikely for her to develop pain in her wrists, as the activities mentioned above will cause repetitive strain in that area of her body. Additionally, she may also develop some neck and upper back pain if her posture is poor.

What can be done?

Okay, so does this mean Boris and Mary are both doomed to ending up with RSI, unless they quit what they are doing? Of course not! In either case, RSI can be prevented with some simple selfcare techniques and ergonomic improvement.

Boris should consider a routine of simple back and shoulder stretches before and after work – to get his body warmed up for his shift and then to stretch out the built-up tension after he’s done. He should also think about the way he stands while operating his machines – maybe he could swap the side he’s working on, or place a soft mat on the ground to stand on.

Mary could also benefit from some simple wrist exercises, such as gentle stretches in each direction and moving her wrist in a circular motion. She may also consider revising her desk setup, ensuring she has a low back and wrist support and that her chair is the right height relative to her desk.

In both cases, visiting an allied health practitioner will also help to identify the areas at risk, address the tension that has built up and improve biomechanical functioning, further reducing the risk of developing RSI.