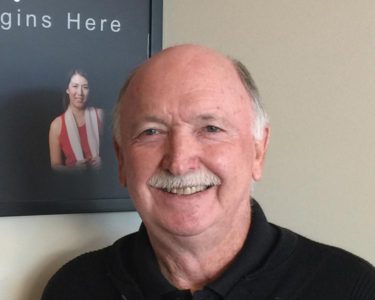 Mike is an accountant turned Sports and Scenar therapist.

After a lifetime of playing and being involved in sport and having suffered numerous injuries over that time, Mike became interested in the healing and rehabilitation side of these injuries. This led to Mike reinventing himself with a Diploma of Sports Therapies. When the Scenar Therapeutic device was introduced into Australia 13 years ago he took a gamble and decided to get involved with its use despite being virtually unknown.

He has completed all the levels of learning as well as advanced courses run every three years by Dr. Gerd Raetzel, a medical practitioner and chiropractor from Germany. One of his first clients, a chiropractor from Cronulla was so amazed at the treatment she obtained that she jumped on board and offered Mike a place in her practice. Since then the use of the device has spread too many sporting identities and institutions. It is currently being used by all the players at the Parramatta Rugby League Club.

Scenar works by prompting the bodies’ nervous system response. It seeks to help the body to regain homeostasis by locating, measuring and treating problem areas. It transmits electrical impulses through the skin to the nervous system, stimulating the body’s own natural response processes. The device is used on most types of pain problems particularly musculoskeletal or soft tissue disorder or injuries. Whilst the device is being used in part by many practitioners in conjunction with their particular modality, Mike has embraced Scenar as his main method of treatment, which over the past 10 years has resulted in an amazing success rate for acute and chronic problems which have been unable to be resolved with other methods of treatment.

In has spare time, Mike enjoys nothing more than being on the golf course.

Mike can be found at the following clinics:

Some of Mike's favourite things: