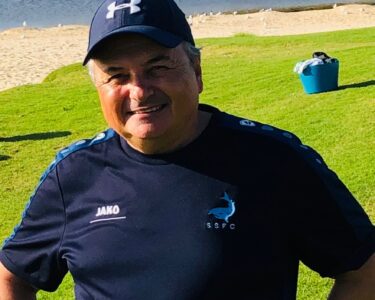 Michael a sportsman himself, suffered many injuries in his time. He visited and was inspired by physios and chiros that got him right, but always thought there was a place for a little more massage particularly on torn neck muscles and similar things.

In the nineties Michael studied a Diploma of Remedial Massage and became more involved with this modality in the subsequent years. He is registered with the professional body ATMS and has most health funds. Michael thought the benefits of massage were numerous and it became a crucial part of his regular health maintenance routine.

Michael worked initially in boutique clinics in the Eastern Suburbs and Inner West. In sport he has worked with the South Sydney Rabbitohs (RL) and later assisted the medical team in two of the 3peat winning run of the under 20s Sutherland Sharks (soccer) ( Nicki’s Team). Michael’s special interest was acquiring the latest herbs, creams and oils to assist athletes to gain maximum performance, all things energetic healing as well as pain relief for the general population and weekend warriors.

Michael works with gyms and yoga centres, physios and chiros to obtain the best possible results for clients.

Michael has had training with three “All Black” therapists in reiki healing, meditation and mindfulness, stretching techniques working with bands and fitness balls, acupressure techniques and magnetic therapy. He has linked up recently with shire Physios at Southern Sports Physiotherapy and Jubilee Physiotherapy.

Michael can be found at the following clinics:

Some of Michael 's favourite things: