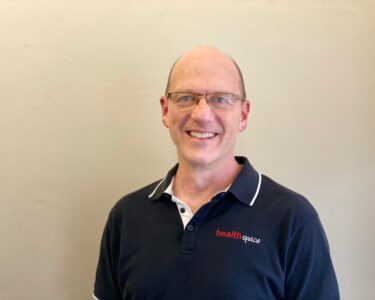 Keiran has practiced as a chiropractor for over 25 years. His introduction to the profession began with hearing a chiropractor speak at a Year 12 Careers Day which was where he first learned about the nervous system’s primacy in controlling and organising health. As a result of receiving chiropractic care himself, he then recovered from a health condition that he had been suffering for many months and for which his general practitioner had been unable to assist him with. When he experienced his body healing on its own without medications or creams, he immediately knew that he wanted to be a chiropractor and explore this unique way of approaching health.

Whilst Keiran loves a number of different techniques, he likes to focus on gentle approaches which target the nervous system’s response. He has studied various chiropractic techniques including Thompson Technique, SOT, Applied Kinesiology (AK), Chiropractic Biophysics, Torque Release Technique and Activator Methods. He has a keen interest in helping patients understand their own stress physiology and how they might engage in ways to harness healthier responses.

Keiran is married to one of Australia’s favourite children’s authors, Lisa Shanahan and together they have three awesome boys: Bryn, Riley and Rohan. Keiran is a keen kitesurfer who escapes to Botany Bay or Cronulla whenever he can on windy days. He is passionately supportive of his wife's writing and speaking career; finds all his boys incredibly interesting, humourous and engaging; is way too fond of coffee and dining out; is an enthusiastic member of his church and, (as an enneagram 7,) is passionate about life-long learning.

Keiran has further qualifications in Chiropractic Paediatrics (RMIT), counselling (St Mark’s and Institute of Emotionally Focused Therapy) has studied theology (Morling) and has completed a Masters degree in Education (UWS) for which he was also awarded the Dean's Medal. He is learning to slow down and is even contemplating purchasing a television.

Keiran can be found at the following clinics:

Some of Keiran's favourite things:

On Being with Krista Tippett