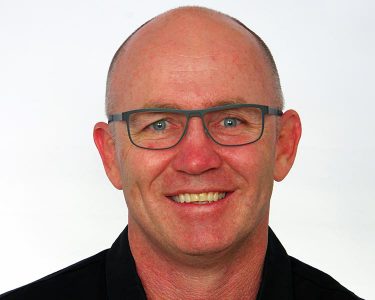 Stewart started working as a podiatrist in December 1994 and he has amassed vast experience in all areas of podiatry, particularly in sports podiatry, biomechanics, footwear, orthotic therapy and medico-legal assessments & reporting. Stewart has been a member of the Australian Podiatry Association since his student days and a NSW board member between 2013 to 2017. Stewart is also a member of Sports Medicine Australia and the Australasian Academy of Podiatric Sports Medicine.

From 2012 to 2016 Stewart was a Clinical Supervisor at Western Sydney University Podiatry Clinic, passing on his knowledge to future podiatry graduates. Since 2016, he regularly conducts intensive biomechanics, orthotic prescription and effective communication courses to qualified podiatrists and students as part of their continuing education requirements.

Stewart has consulted at numerous sports medicine and orthopaedic centres treating many international athletes and teams, yet he derives equal satisfaction from helping the “weekend warrior” to perform at their best.

Stewart helped to create the Orthotic Solutions Podiatry group of clinics as there was a need for expert sports podiatry care, exceptional after market service, improved lifespan of the orthotics and generally improved patient care.

Stewart is available for consultation at Health Space Mona Vale on Thursday afternoons and Health Space Rozelle on Friday mornings.

Stewart can be found at the following clinics: