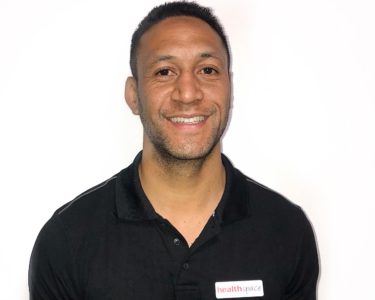 Regan Wilson is a passionate Chiropractor with over 10 years experience in holistic health and fitness where he strives to help individuals achieve their goals. Prior to completing a Bachelor and a masters degrees in chiropractic, Regan had also attained a diploma in fitness working as a Personal trainer and strength and conditioning coach since 2007.

Born and raised in New Zealand until the age 14, Regan and his family moved to Sydney in 2001. During his time here, Regan had observed the public awareness of health throughout Sydney’s northern beaches and thus influencing his first stage career path as a Personal trainer which eventually lead him to Chiropractic.

Regan has a sporting background competing in kickboxing, boxing, Brazilian ju-jitsu and MMA at a professional level. Regan has found chiropractic has greatly improved his physical and mental attributes required during training and competition.

Regan competed against and has worked with some of Australia’s top UFC mixed martial arts athletes, which in return has given him the ability to build up an even stronger knowledge base of health through martial arts. He now passes his skills on through his MMA coaching, cornering and treating of athletes for competition at amateur and professional levels.

Understanding the importance of Chiropractic care to any individual’s health and wellbeing, which is not only limited to pain but also to optimising quality of life, Regan will assist you in achieving your goals through motivation, education and movement. He has a very hands on approach using the latest evidence-based research with various soft tissue techniques tailored with specified adjustments, alongside educational advice.

Regan is looking forward to assisting you in becoming your best version possible. You can find Regan at our Brookvale clinic on Mondays and Wednesdays.

Regan can be found at the following clinics: