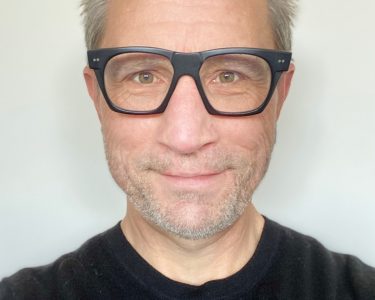 Michael was born in 1968 and raised in Wollongong, NSW. He had dislocated hips at birth, and this delayed his walking and running, and lead his parents to take him to a chiropractor from an early age to help with musculoskeletal problems. And it was with encouragement from his chiropractor that Michael decided to change career (he was an electrician) and send himself through university.

Michael graduated with a Bachelor of Science from the University of New South Wales in 1995, and a Master of Chiropractic from Macquarie University in 1997. He was awarded the Chiropractic Student of The Year Prize in his final year of study.

Since graduating, Michael has practiced in Adelaide SA, where he owned his own practice for 20 years. He has been on sabbatical for the past 6 months, returning to live in Sydney, and begin studying Strength and Conditioning with the University of Wollongong. Health Space Rozelle is where he hopes to spend the next 10 years, sharing his hard-won knowledge and experience with patients as they begin their own journey out of pain to feel better and function better.

Michael’s approach in practice is to address activity-limiting problems with a science-based approach, combining different non-surgical methods to find what works best for you. The heart of his approach is to restore your abilities, to make you feel less fragile, to make you more resilient. It's not about exercises you have to do, or treatments you must have. Instead his approach is to provide reassurance about your condition and to reactivate you. Michael will help you bridge the gap from your current capabilities to reach your activity goals, at home, at work, or in sports and recreation, and all done in a time-sensitive manner.

Outside of clinical practice, Michael uses strength training to help maintain his fitness, and is an advocate of for low-carbohydrate eating to support long-term health and wellbeing. He enjoys a Bulletproof Coffee to start every morning. At the other end of the day, he doesn’t mind a good steak, or a glass or two of Barossa Valley Shiraz.

Michael’s other passion is karate. He began training in 1986 in Wollongong and developed a real passion for sports karate. Michael is a former member of the NSW Karate Team, with a bronze medal at the Australia Cup in 1989 a highlight. He maintains a connection with sports karate today as a tournament referee, and he holds NCAS accreditation (National Coaching Accreditation Scheme by the Australian Sports Commission) as a Level 2 Karate Coach. Michael continues to train regularly with Ishinryu Karate in Menai and holds a 3rd Dan black belt.

Michael can be found at the following clinics:

Some of Michael's favourite things:

The Recommended Dose with Ray Moynihan

Simple and Sinister by Pavel Tsatsouline