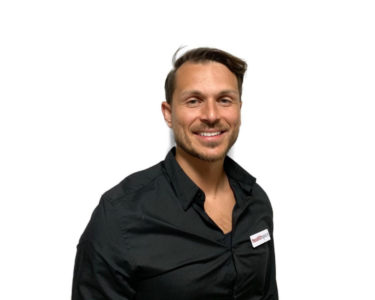 From a young age Zlat always had an incredible fascination with the human body, sport and exercise, in particular soccer and resistance training. Whilst training hard at the gym and completing the final year of his undergraduate Medical Science degree in 2005, Zlatko sustained debilitating injuries to his low back, neck and both shoulders. He sought help from a Chiropractor, and the results were so profoundly positive in enabling him to resume studying and training again, it ignited his passion to embark on his own journey to becoming a Chiropractor.

Zlat has experienced first hand both as a patient and practitioner, the supremacy of the human nervous system, including the power and influence our thoughts and beliefs can have on our health, disease and healing capacity. As the old saying goes, “when you change the way you’re looking at things, the things you’re looking at begin to change”.

Zlatko has a wealth of wisdom and experience, having graduated as a doctor of Chiropractic from Macquarie University in 2009. Over the years, through his diverse clinical practice and continued education, Zlat has found that clarity in diagnosis and treatment planning is the first essential step in achieving the best possible results for his patients. Inspired by the mantra “if all you have is a hammer, everything looks like a nail”.

He operates using a wide assortment of therapeutic techniques including various forms of spinal adjustments and mobilisations, soft tissue therapies, musculoskeletal acupuncture, taping/strapping, rehabilitative exercises and education about lifestyle modifications. His treatment philosophy is to deliver patient-centred care that respects each individual’s health as their greatest wealth, regardless of how big, small or unique their problems and goals are.

Prior to relocating to the beautiful northern beaches of Sydney with his wife and kids, (charmed by it’s beautiful natural environment!), Zlat founded and operated his own successful private practice in the southern suburbs of Sydney, and prior to that worked as the resident Chiro within a medical centre.

In his spare time, Zlatko enjoys playing and listening to music (which he feels is a like a medicine for the soul), exploring and exercising in the great outdoors. He thoroughly enjoys the calming and healing health effects derived from connecting with mother nature especially in the beaches and ocean.

Zlatko can be found at the following clinics: