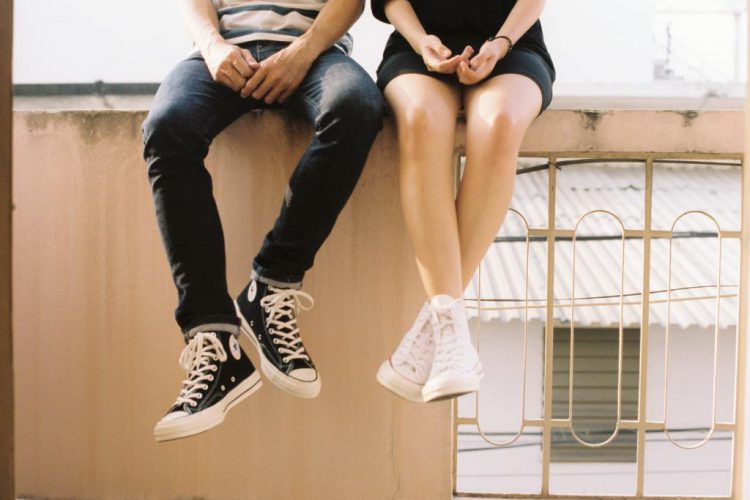 How much do you really know about your menstrual cycle? Is it really important to you? Should it be?

The bottom line is that if you suffer from any abnormalities with your monthly cycle like Premenstrual Syndrome, irregular menstrual cycles, difficulty conceiving, period pain, heavy bleeding, PCOS, endometriosis or hormonal irregularities then the answer to this question is yes. Understanding your menstrual cycle is essential.

There is no such thing as “normal period pain” or any other irregularity that goes with your monthly cycle. At Health Space we have many clients who visit us with concerns just like the above mentioned signs and symptoms.

A helpful question we ask is “do you know if you are ovulating or not?”

This is due to the fact that ovulation is more or less the key to a healthy and regular menstrual cycle. And although this is perhaps more obvious, ovulation is also paramount in conceiving and not just a successful pregnancy but a healthy one.

In the instance of fertility treatments, other factors come into play and will need to be investigated such as egg quality, tube quality, uterine condition and hormone levels. It is still essential to know whether ovulation has occurred and when.

With the importance of ovulation established, let’s go back and start at the beginning: What is ovulation?

Ovulation is the release of a mature egg, from the ovary.

A process which, if it occurs, will usually only happen once during the monthly menstrual cycle.

This process is the key event within each monthly cycle, as if you do not ovulate, you can not fall pregnant.

With every menstrual cycle (that may or may not be monthly), a woman’s body will prepare for pregnancy by stimulating the growth of follicles within the ovaries, and later the release of a mature egg.

The follicular phase of our cycle begins on the first day of menstruation, which signals our body to produce Follicle Stimulating Hormone, which in turn encourages the maturation of follicles within the ovaries.

The maturing follicles create a rise in Oestrogen levels, which then signals our brain to release increased levels of both Follicle Stimulating Hormone and Lutenizing Hormone, which causes a final surge of growth- which consequently triggers the occurrence of ovulation.

Ovulation usually occurs at around mid-cycle, when the most mature of the developing ovarian follicles will release a mature egg. This egg will travel down the fallopian tube where it will live for only around twenty-four hours, in the hope of meeting a sperm.

After this egg has burst from the follicle in ovulation, the ruptured follicle (known as the Corpus Luteum) will stay on the surface of the ovary where it will secrete Progesterone and also a small amount of Oestrogen. This will cause continued and maintained thickening of the uterine lining in an attempt to create an inviting and optimal home for a fertilised egg to implant.

In the instance that an egg is not fertilised by sperm, and a pregnancy does not occur, the structure of the Corpus Luteum will “die”, which will cause a consequential drop in Progesterone levels-. This then results in the break down and fall of the lining of the uterus, an occurrence we know well as menstruation.

And so, the cycle repeats.

As you can well see by now, ovulation is a complex and intricately detailed event that requires a tricky interplay between our hormones and our reproductive organs.

Which is exactly why ovulation can be so easily disrupted, in both timing and occurrence.

In order to discover whether or not a woman is ovulating during her monthly menstrual cycle, I usually recommend a few cycles of ovulation tracking.

In this, there are a few ways that we can go about it. The first of which is a home ovulation predictor test. Which will detect the hormonal surge of Lutenizing Hormone (if it is occurring) in order to confirm ovulation.

This is a reliable, easy and convenient way to test for and track ovulation. However there are also a few signs and symptoms that you can keep an eye out for yourself, such as keeping track of changes in vaginal fluid secretions and changes in basal body temperature, as indications that you may have ovulated.

These subjective observations are, in my opinion, nowhere near as reliable as the at home hormone testing kits, so I usually advise a combination of the two tracking methods. In some cases where couples have been trying to fall pregnant for more than 6 months I might even refer a client on to a fertility clinic, where a specialist will monitor a woman’s cycle and blood hormone levels in order to keep a close eye on each stage of their cycle.

It is usually around about this time during my discussion with patients about their menstrual cycle and ovulation that I encounter a few regularly occurring questions.

The first of which, most obviously is the question of:

How do I know if I am ovulating?

Which, as I have described above, can usually be ascertained with a few simple observations and tests, or at most with a bout of specialist cycle tracking over the course of one to three menstrual cycles.

The second question that I get asked in regards to ovulation is: “If I am having regular menstrual cycles, does this mean that I am definitely ovulating?”

The short answer to this is no. This is a common misconception, and you can not be sure without further examination and testing. A fact that has been confirmed by recent research led by Jerilynn Prior, professor of medicine at the University of British Columbia and scientific director of The Centre for Menstrual Health and ovulation Research, which suggests that even women who are having regular menstrual cycles may not be ovulating.

Which brings me to the third of my most commonly asked questions, which is often as follows: “If I am not ovulating, how can acupuncture and Chinese Herbal Medicine help me?”

In short, acupuncture stimulates the brain and regulates or balances the endocrine system, in order to induce an overall homeostatic effect on the body.

An effect which has been confirmed with modern research, some of which has indicated that acupuncture can be used to both increase the frequency of ovulation and to regulate hormone levels, with little to no side effects. In contrast to many pharmacologically induced fertility treatments, which can produce a range of side effects.

At the end of the day, whether you are trying to fall pregnant now, one day in the future, or even if you don’t know that you ever want to reproduce; regardless, menstrual health is equally important to every woman. It is not just infertility that occurs when ovulation does not. It is also conditions such as irregular menstrual cycles, period pain, heavy periods, Polycystic Ovarian Syndrome, and unfortunately plenty more.

So, there you have it. Just a little insight into the importance of ovulation and the role it plays in both reproductive also general menstrual health. And also a brief introduction into how I use Chinese Medicine and acupuncture in order to restore balance to clients with hormonal disparities.

If you have any questions about the information I have presented and discussed here, or if you have some questions or concerns about your own cycle or reproductive health, I or any of the Health Space acupuncturists are always happy to speak with anyone about these concerns. I offer free 15 minute phone consults to everyone, so that people may ask more about acupuncture, their own health, or how I might be able to help them.

Kate has represented Australia as an 800m runner, winning five Australian titles and competing on the international stage. She also lectured track & field at the Australian College of Physical Education. After being forced into an early retirement due to injury, Kate turned to helping others with their health and wellness, with a special focus on families, pre-conception, pregnancy and paediatrics.