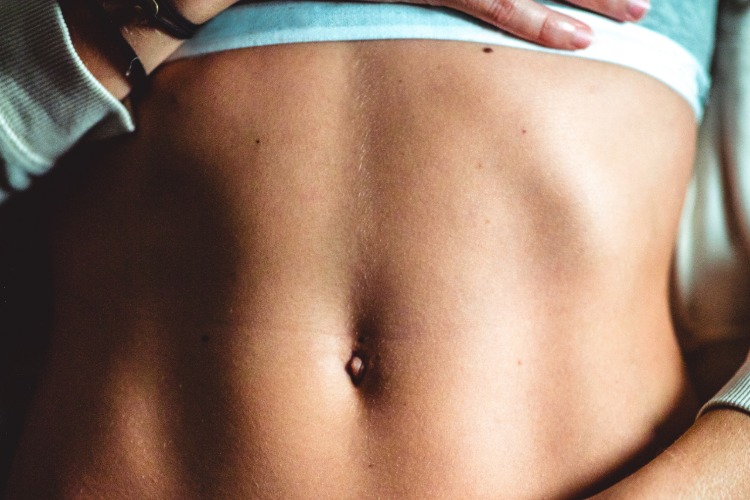 IBS sucks but s— happens. It’s common for a lot of people in our society nowadays but it doesn’t mean it’s normal. Most of us would have experienced some form of digestive issues in our lives, whether it be because of eating something that was off or a chronic gastrointestinal order.

In Australia, 1 in 5 people can develop symptoms relating to IBS. Symptoms generally can be managed through lifestyle and dietary changes. But let’s say you’ve already made changes and for some reason, you’re still experiencing symptoms. I assume most people dislike constantly taking medication for their leaky back passage, so what now?

If you are experiencing any of these symptoms, chances are that your digestive system is having a difficult time doing what it’s meant to do (break down food).

A patient of mine recently came in seeking for help for her knee (3 knee surgeries by the age of 23 !) and I ended up helping her with her digestive issues as well. The patient is female, age 23, and follows a Vegan diet. Her food triggers include  Soy, Onion, and specifically Edamame. Her stools were irregular and constantly fluctuating between constipation and diarrhoea but mainly loose stools, gassiness, and bloated easily. Her tongue coating was noticeably thick with a yellow tinge. I also noticed she was coughing up quite a lot of phlegm that was stuck in her throat. Her GP previously diagnosed her with IBS and was referred to a dietician.

After the initial treatment with only Acupuncture, she was able to noticeably see improvement of her gassiness and bloating, despite being on her period (her period would often make her feel bloated as well). Her stools were also less soft. I continued treatment, twice a week for two weeks. After two weeks of treatment, she was already able to start eating onion which was previously a trigger to her bloating. Her bloating stayed down and stools normalised and gassiness was no longer an issue. As there was already a great improvement, treatment sessions dropped to a weekly schedule.

The patient was very open to trying out Chinese herbal medicine to further her digestive improvements. As the sessions dropped to weekly, I asked her to take some herbal medicine throughout the week (For fellow TCM practitioners: Er chen tang + Shen ling bai zhi san pill form). One week later she noticed she needed to cough up less phlegm and I was able to see a significant reduction in the thickness of tongue coating. Fast forward 1 month and she has started to incorporate soy and edamame into her diet again without any complaints of bloating and discomfort. After having digestive issues for years, her symptoms drastically changed within 2 months and were maintained.

But how did it work?

This discussion will be based on the theories of traditional Chinese medicine. When digestion issues occurs, there are two parts to it. Either the digestion is not “strong” enough to break down food and drink, or the foods themselves are causing digestive issues. In the case of my patient, her digestion was not strong enough to break down the foods. This can be justified as she was previously able to eat the foods which triggered her symptoms. However suddenly she was unable to eat these foods. These foods became an intolerance because of her weakened digestion.

In Chinese medicine theory, the spleen and stomach organs are the two main organs in charge of breaking down food and sending the nutrients around the body. The spleen can become weakened through eating cold raw foods (salads, cold drinks, juicing), eating oily foods (deep fried), stress and over working leading to exhaustion. If the main digestive organ is not functioning properly it will lead to all of those digestive symptoms.

So how do you fix it? Easy! By improving the functioning of the organ. Clear out any phlegm which is making it difficult for the organs to process foods. The patient still has to do their homework too by not eating too much of the foods which can damage the system. As a Chinese medicine practitioner, we often look at the tongue to gather more information about the internal system. When a thick tongue coating occurs, it is almost always related to the digestion. A thick coating indicates too much phlegm and dampness within (think of dampness as  a thick and heavy invisible substance inside the body). Dampness will slow down the digestion and cause heaviness, lethargy and even a foggy head.

So is IBS curable? I can’t say it is, but can IBS symptoms be improved and managed? Definitely. Is IBS just a myth? Well that’s for you to judge.

Any views, thoughts, and opinions expressed in the blog post belong solely to the author.